FoxMind's games may seem simple at first glance. The rules can be learned in mere minutes, and play pieces are sturdy and uncomplicated; but don't be deceived! Whether it's a single-player logic game, or a team strategy game, you're in for a fast-paced, brain-bending challenge. Their games are manufactured in Germany, the Netherlands and China. Over the years, the company has amassed numerous awards including: the Mensa Select Award (US) for Abalone, Innovation Awards (Nuremberg Toy Fair) for Equilibrio, the Game of the Year Award (France) for Squad 7 and the Seal of Excellence (Canada) for ZooLogic and MetaForms. FoxMind is an active participant in many educational related events and conferences such as the National Association for Gifted Children, the National Council of Teacher of Mathematics and the MindLabs educational centers which use games to develop specific cognitive and social skills.
Do you want to continue shopping?
Keep Shopping Checkout
× Select a Wish List Add to Wish List 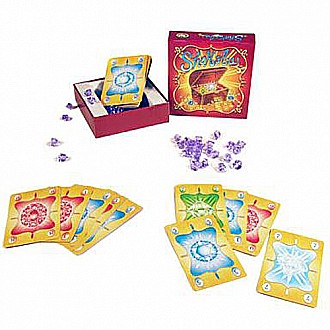